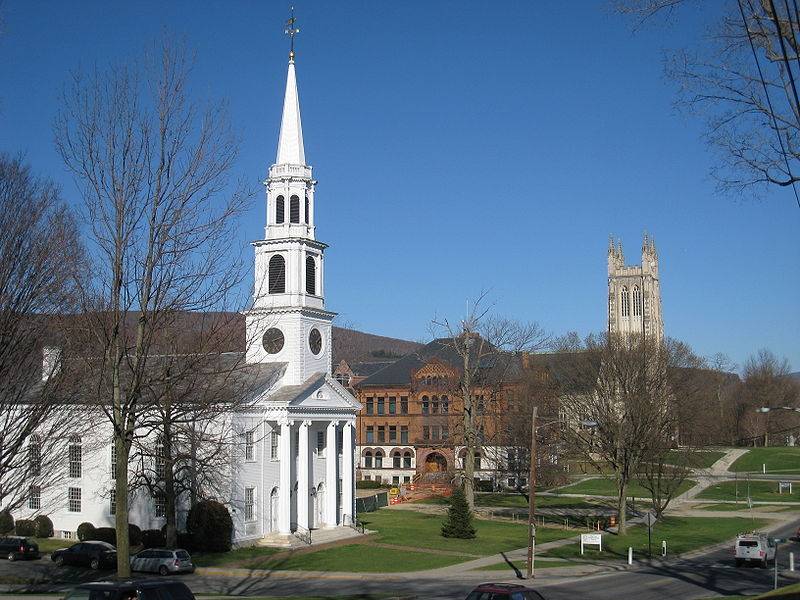 The Berkshires town of Williamstown is the location of Williams College, the Sterling and Francine Clark Art Institute, and the Williamstown Theatre Festival. Williamstown is the fourth-largest town in Berkshire County; 2000 census data lists population of 8,424 and median household income of $51,875. The town, which borders Vermont and New York, was incorporated in 1765 as Williamstown after Ephraim Williams, who was killed in the French and Indian War. He bequeathed a significant sum to the town on the condition that it were named after him and started a free school. In 1791, the school opened, becoming Williams College in 1793.

In the late 1930s and 1940s, E. Parmelee Prentice and his wife Alta, the daughter of John D. Rockefeller, created Mount Hope Farm. With a mansion designed by James Gamble Rogers, it was one of the outstanding experimental farms in the country. Today, it belongs to Williams College.