It was my good fortune to participate in a poetry workshop during the 2018 Sharon Springs Poetry Festival, along with nine other poets, which was run by festival-founder Paul Muldoon.

I was smart enough to ask colleagues in my weekly workshop in the Berkshires to help me decide between the two poems that I’d thought suitable to workshop with Muldoon, but then was too imperious to follow their decision! 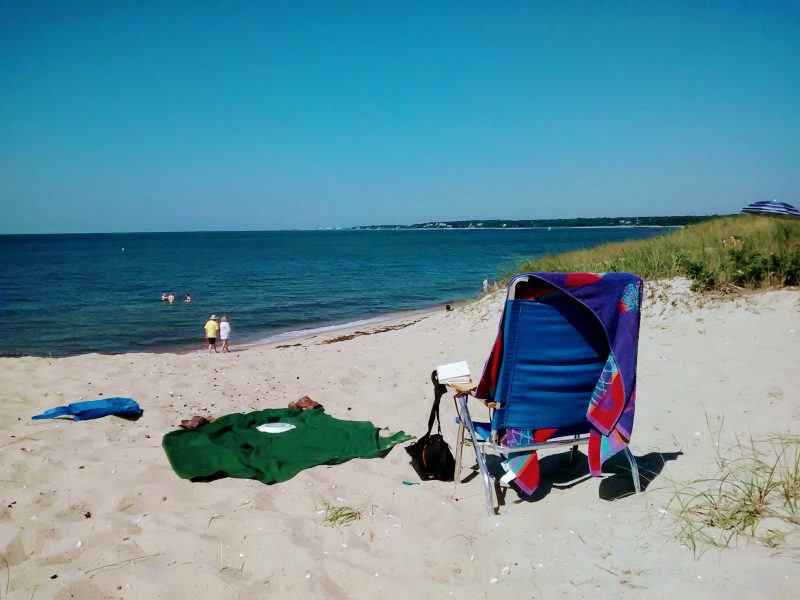 My local group suggested that I bring “More Ways to Ponder” while I opted for “Cape Cod Post Card.” The group consensus was a two page poem that collects about a dozen epigrams loosely related to the topic of poetry; it has since been published in an anthology.

My choice, which I was very excited about, fell flat as a pancake at the workshop. It was a little mystifying that the regard of Muldoon and the others for the poem were so divergent from my own. But, aware that I must be ready to kill my darlings, I was over my disappointment by the time I was out of Schoharie county.

That poem was scrapped, but a new one was made around the aspect of the old one that had nothing whatsoever to do with Cape Cod. While it has yet to find acclaim out in the wild, nonetheless my poetry cohort agree it’s a worthy poem.