Harry Connick, Jr. transported the Tanglewood audience Saturday night from the high land overlooking Lake Mahkeenac to the Ninth Ward below Lake Pontchartrain by way of a concert/seminar of nearly two and a half hours that included a second-line parade through the Koussevitsky Music Shed. 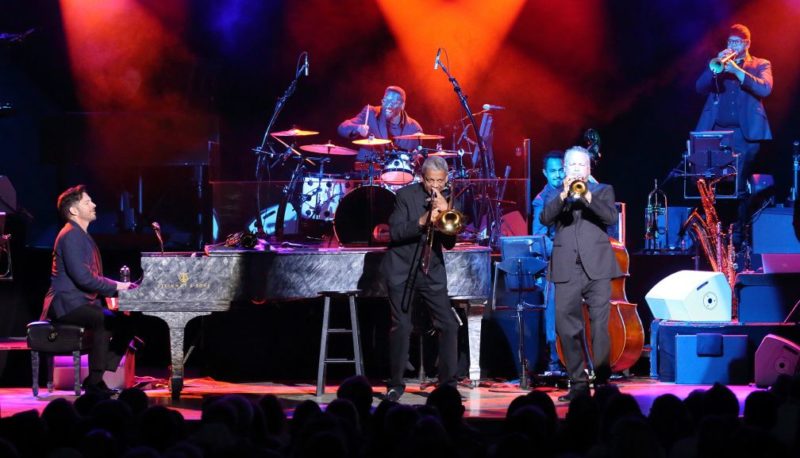 Is it a coincidence that America’s sole contribution to the world of art – jazz, encompassing the blues (or vice versa) has its origins in the capital of the slave trade, America’s original sin? Probably not, since the two are inextricably linked; my guess is that one is compensation for the other, as if the beauty and transcendent power of jazz is how the universe seeks atonement for the horrors of slavery. 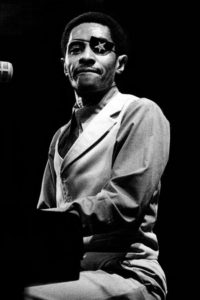 We Tanglewood patrons are likely to know as much about life in Latvia as we do about life in New Orleans; thanks to the musicianship and generosity of Mr. Connick and his band, we’ve gotten a taste of life in the Big Easy, without having to pay the dues required to make a living there. Perhaps most poignant tonight was Mr. Connick’s show-and-tell tribute to his childhood piano teacher James Booker, who got the gig thanks to the unconventional administration of justice by the District Attorney, Harry Connick, Sr.! After showing us how Booker taught him the rudiments of “stride” piano playing, he played a wistful Hear Me in the Harmony in tribute.

Other highlights from this show included solos and duets by Johnathan DuBose, Jr. on guitar, Arthur Lantin on drums, Lucien Barbain on trombone, and an amazing display of tap dancing by Mike Hawkins. Allen Touissaint‘s infectious Yes We Can Can was a party. An over-introduced Gospel segment preceded the band’s foray into the audience, for chorus after chorus of When the Saints Go Marching In, with umbrellas waving in genuine second-line fashion.

Wynton Marsalis and Louis Armstrong in the Berkshires

Harry Connick, Jr. spent a summer honing his classical chops here as a teenager, as did fellow New Orleanian Wynton Marsalis (Tanglewood Music Center Fellow 1979). Another denizen of the Crescent City, Louis Armstrong, held forth just down the road during Folk and Jazz Roundtables hosted by Stephanie and Phil Barber, which led to the brief but critically important Lenox School of Jazz – the first of its kind in the world.