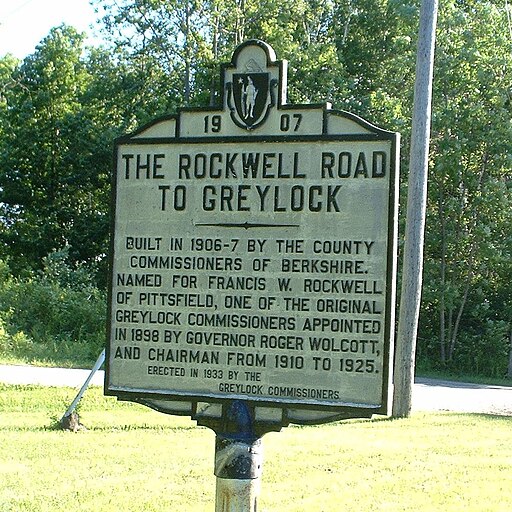 The Berkshires town of Lanesborough is situated just north of Pittsfield, between Pontoosuc Lake and Mount Greylock State Reservation. It is a suburban area with two small commercial centers along Rt. 7 and the Berkshire Mall on Rt. 8. The popular 19th century humorist Josh Billings (Henry Wheeler Shaw) was born in Lanesborough.

“Originally Richfield and later New Framingham, the town adopted its present name…(in)1765. Tradition has it that a Mr. Lane of England promised the community a bell if they would take his name, but the bell was never produced. It is also possible that the name may be connected with James Lane, Viscount Lanesborough in the Irish Peerage, or with the town of Lanesborough in Ireland upon the Shannon River, or derive from the ‘fact that its six miles square adjoining south on Indian Town (Stockbridge) on the Housatonic River’ lay along a winding lane. The name may even have been a tribute to the beautiful Countess of Lanesborough, court favorite, and friend of the Royal Governor of Massachusetts.” {The Berkshire Hills, by Federal Writers’ Project, © 1939, Berkshire Hills Conference, Inc.}