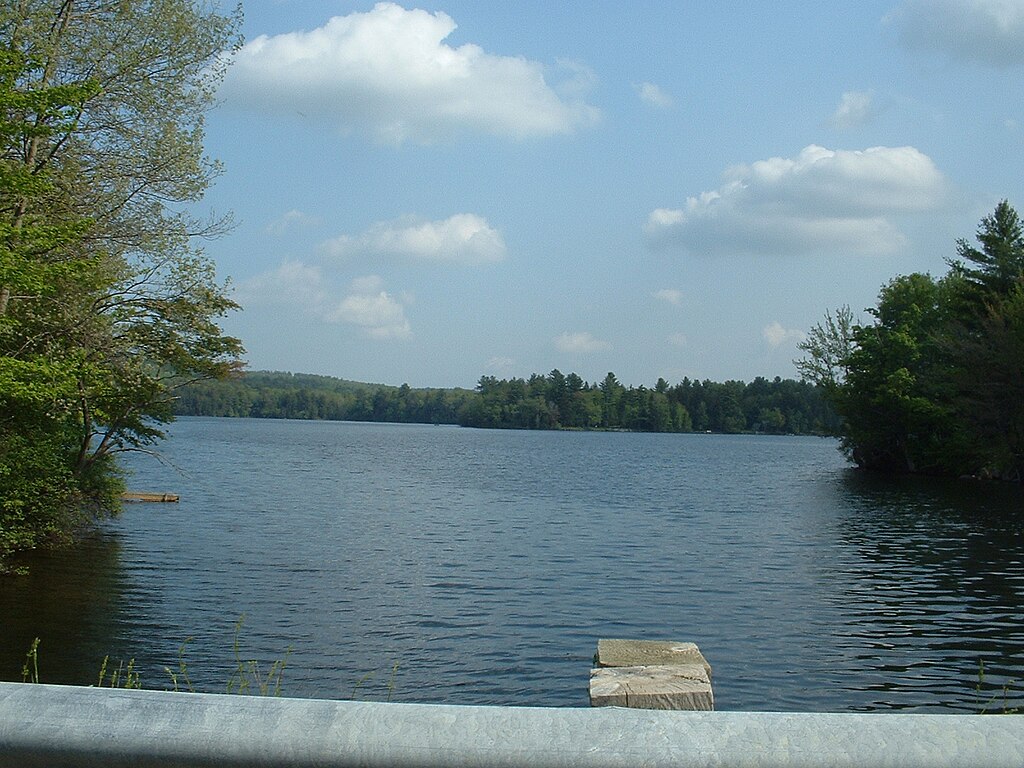 The Berkshires town of Hinsdale is a small, quiet hilltown with a population of over 1,900 that increases considerably in the summer months. Settled in the 1760s, Hinsdale was incorporated in 1804. Its early history saw farms and saw mills as the primary sources of occupation. In the late 1800s, textile mills flourished, and the community found itself able to install a reservoir and public water an sewer systems. In the early 1900s, the mills departed, and the railroad became the main industry. By the mid-1900s, this industry departed, as well. The Town is now primarily a bedroom community to the city of Pittsfield. (Photo credit:Wikipedia User:ToddC4176)

The Town encompasses approximately 21.7 square miles. It is home to two lakes, Lake Ashmere and Plunkett Lake, and to a section of Muddy Pond, the headwaters of the East Branch of the Housatonic River. Hinsdale also is home to the 14,500 acre Hinsdale Flats Watershed Resource Area, which is an Area of Critical Environmental Concern. The Appalachian Trail, a national scenic trail, passes through Hinsdale, and encompasses 440 acres. There are over 1500 acres of state-owned open space within the Town’s borders, as well.

“I was raised in Hinsdale in the 50’s and the 60’s. I’ve got a lot of good memories about Hinsdale. I lived above the drug store when Benard Collins was the Pharmacist. I would love some old and new photos. Thank you, Joseph Rock (djrock4@attbi.com).”