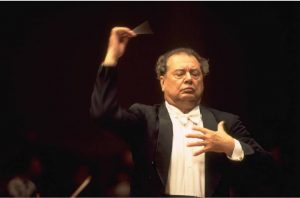 The Tanglewood Music Center Orchestra pays homage to Brahms with a concert dedicated entirely to his music, including Nänie and Schicksalslied for chorus and orchestra; the Alto Rhapsody, for mezzo-soprano, male chorus, and orchestra; and Symphony No. 2. The student is conducted by Rafael Frühbeck de Burgos and joined by Stephanie Blythe and the Tanglewood Festival Chorus.

Yo-Yo Ma and pianist Emanuel Ax renew their longstanding and widely celebrated musical partnership with a recital to include music from two of the all-time masterworks of chamber music: Beethoven’s Sonata No. 3 in A for cello and piano, Op. 69, and Brahms’s Trio in A minor for clarinet, cello, and piano, Op. 114. Mr. Ma and Mr. Ax are joined by the principal clarinetist of the Metropolitan Opera, Anthony McGill, who makes his Tanglewood debut.

How to get Tanglewood brochures

Tanglewood brochures are available by sending your request to CustomerService@bso.org.

Hotels, B & B’s, Motels, and Inns near Tanglewood